We have just wrapped up the pytest development sprint, which was held 20-25 June 2016 in Freiburg, Germany. Other sprints have taken place at Python conferences, but this was the first dedicated standalone event. We had 27 participants from five continents!

It was funded by an indiegogo campaign which raised over US$12,000 with nearly 100 backers. Several companies generously donated $300 or more:

Participants travelled from around Europe and the UK, the US, Brazil, Australia and China.

In total 35 pull requests were merged to pytest, and at least 12 to tox, not to mention many others to plugins.

(It is worth noting that this is not an exhaustive list of all features that will go into pytest 3.0; a separate post will the full release notes will be made once the release is done.)

We also spent some time designing the stickers and t-shirts. Surveys went out to those who backed the fundraising campaign last week and the goods will be shipped very soon.

Thank you so much to everyone who supported the sprint. We have greatly improved our knowledge of pytest internals, expanded the pytest contributor community, and we're looking forward to bringing you pytest 3.0 very soon (aiming for before EuroPython)! 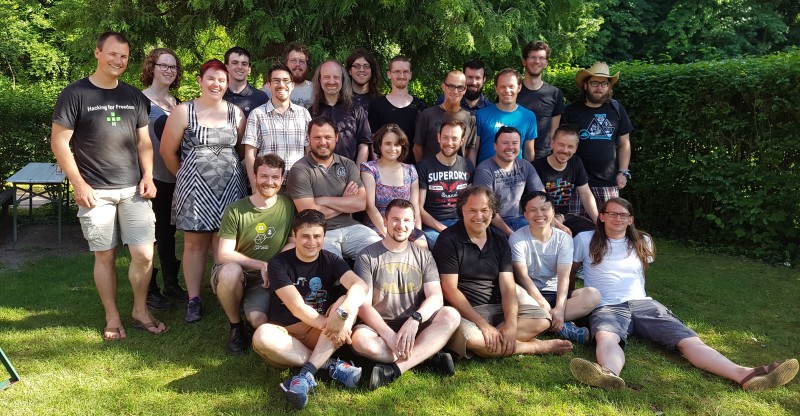